Defending Free Speech in Universities: A Trade Union You Can Trust

One of the main functions of a university is to create an environment in which people can safely explore new ideas and theories, however unpopular or unconventional they may be, without fear of retribution. Such academic freedom of thought and expression is essential to the development of an advancing society and democracy: indeed, along with free trade unions, judiciaries and the media, it’s one of the first things autocratic governments set out to curb.

But the ability to express views which others disagree with is being eroded rapidly in some British universities, with institutions engaging in a dangerous game of censorship of any ideas that don’t align with the political agendas of various cliques or of their managing academics.

We’ve been stunned by the extent to which some of the people managing universities can neither recognise nor restrain their own instincts to stamp on academic freedom and, in one case, by the inability of a senior academic to even explain what one of her accused colleagues had supposedly done wrong.

As a result, what people feel they can say is being curtailed as academics, administrators and students become fearful of the consequences of challenging the status quo. 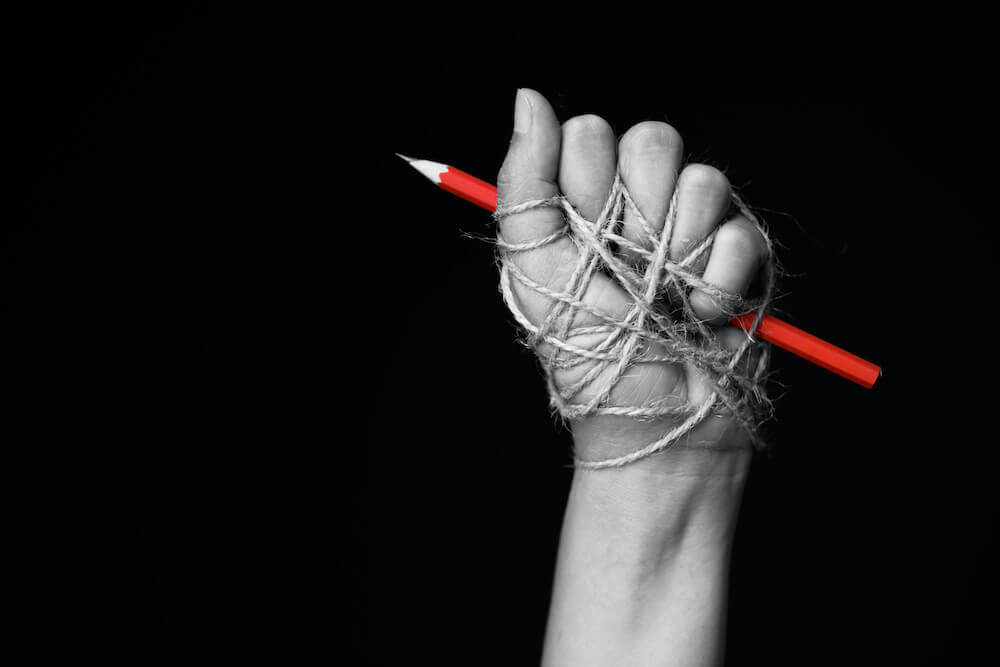 In recent months, we’ve had an influx of academics and university administrators join us: they feel severely let down by their previous trade unions, which are being led by political agendas that have abandoned any pretence to defending free speech and academic freedom.

You may have read about the case of Kathleen Stock, a former Professor of Philosophy at the University of Sussex. Professor Stock was targeted by a group of students who criticised her for her views on gender identity. They began a campaign against her which became so heated, Professor Stock was told by the police to stay away from the university campus for her own safety. What was most surprising though was that the local branch of Professor Stock’s trade union (of which she was a member) called for an investigation into transphobia on campus, shortly after a campus protest where posters were put up accusing Professor Stock of being transphobic. Professor Stock accused her union of “effectively ending” her career at the university.

Our view is quite simple: we work to defend free speech under the law.

A Trade Union You Can Trust

We’re different: we have no party-political affiliations, we’re not members of the Trades Union Congress (TUC) and we’re totally independent, financially and organisationally, of the employers with which we deal. We leave ourselves free to act to fulfil our central purpose: protecting the interests of our members and their rights under the law.

If you encounter a problem, you need to know that you have the support of a trade union which will stand by your side and not let you down.

What Our Members Say

Don’t just take our word for it, here’s what some of our members have said:

“A small number of students began a malicious politically motivated campaign against me, based on personal views I’d expressed in a forum entirely remote from my work. The University then embarked on a biased and fundamentally unfair “investigation” into my views. Several colleagues sympathised with me in private, but were understandably too afraid to show public support for fear of being targeted themselves.

The situation was extremely difficult and very challenging personally, and I was totally alone until I found Affinity. They made it quite clear that they weren’t going to follow any political agenda set by my University and they were focussed on protecting my legal rights to free speech. Affinity challenged the bureaucracy of the University and fought to ensure that I was treated fairly. Affinity gave me the confidence and support to fight, which would have felt like an impossible task had I been on my own.”

“I have been through the worst experience of my life over the past 18 months. You hope never to have to use them, however, I could not have got through this ordeal without Affinity and certainly would not have got the outcome I deserved without their support and guidance, for which I will always remain grateful.”