Dangerous Conversations In The Workplace

In my last newsletter I talked about the dangers of social media when it comes to work. But what about conversations in the workplace? What can’t you say and do?

The playwright, writer and poet Oscar Wilde famously said: “I may not agree with you, but I will defend to the death your right to make an ass of yourself.”

Everyone has the right to freedom of expression, which is the right to hold your own opinions and to express them freely, provided you do so lawfully.

Everyone has to be able to express their views to facilitate debate and discussion; central components to the effective functioning of a democratic society. Sometimes, peoples’ views will be contentious and unpopular, but the right still exists in law for those opinions to be expressed.

When it comes to expressing views at work common sense caution needs to be exercised.

Bringing Your Employer Into Disrepute

The moment you put your work uniform on or you’re on the phone to a customer, you’re an agent of your employer: customers and third parties will then perceive you to be acting on its behalf. Your employer then has every right to ask you not to behave in a way that will bring its name into disrepute.

That’s why the advice in our last newsletter was to create a clear boundary on social media between work life and personal life: the moment you connect your personal life to your work life, you run the risk that you will be accused of bringing your employer into disrepute by virtue of your views or actions. 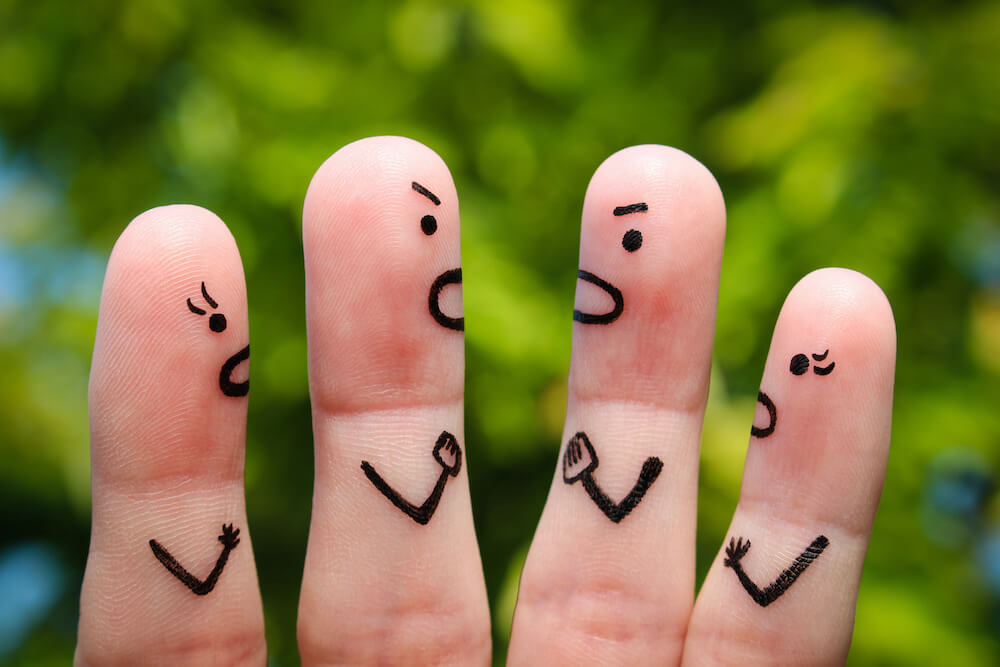 But what about conversations in the lunchroom? Most people understand the rules around not bringing their employer into disrepute but ‘informal’ workplace chit-chat between staff can cause just as many problems. You cannot assume that people you work with are going to adopt a balanced approach to things you say or do and if you’re in a managerial role you are, obviously, even more vulnerable and a target for anyone whose nose has been put out of joint.

At one work Christmas party, the conversation turned to the hypothetical dinner party game. ‘If you could invite anyone to a dinner party, who would you invite and why?’ One of our members said he would invite Hitler, because he wanted to better understand what was going through Hitler’s mind at the time of the second world war. When questioned by his colleagues he said that he found Hitler a fascinating character psychologically and historically.

The day after the party, the member found himself suspended; someone at the party had complained that he was promoting racism and fascism and the employer decided to suspend him pending investigation. We intervened and the matter was dropped but it’s clear that the safest course of action to avoid a problem is to stay off contentious issues at work or at social events connected to work.

If someone repeatedly makes contentious remarks in the workplace and ignores warnings by the employer not to do so, a dismissal may be held to be fair.

It’s all too easy for employers to overact and hit the ‘dismissal’ button or they may just seize what seems to be a good opportunity to get rid of someone they want to remove from of their business. Employment Tribunals are not naïve and they can recognise a ’stitch-up’ when they see one but representing members in those situations can be difficult because employers and individual complainants often go to considerable lengths to fabricate evidence to support their allegations. Colleagues of the person accused can be ‘persuaded’ or led by investigating managers to provide witness statements supporting the allegations and sadly complainants can collude with their friends to pour petrol on the flames.

Even completely innocent remarks can cause a problem.

This happened to the general manager of a high-street jewellery shop. One of his long-serving members staff had forgotten to put an engagement ring in a box, which unsurprisingly prompted a furious complaint from a customer who had taken his prospective fiancée all the way to the top of the Eiffel Tower to propose, only to find there was no ring in the box. In an effort to console the staff member concerned, the manager, said “Don’t worry, I’m sure you have just had a ‘senior moment’.” It was an innocent, well-intentioned comment on the part of the manager, made in front of witnesses, but the staff member purportedly took grave offence, resigned and claimed what is called constructive dismissal at the Employment Tribunal on the grounds of age discrimination. In effect she claimed she was forced to resign because of her manager’s discriminatory behaviour!

If You’re Concerned, Call Us

The Affinity Advice Team is available 24 hours a day, 365 days a year on 01234 716005. If you’ve said something and you regret it, or you’re worried, give us a call. It’s essential to involve us at an early stage and certainly before there is any investigation meeting.